Information for first time home buyers. It’s here, as promised during President Biden’s campaign. Congress is on the cusp of considering two new pieces of legislation to promote equity in housing and first-time homeownership. Both drafts target lower-income households. And with good reason: as we recently covered, home prices are up a jaw-dropping 12%. With home prices skyrocketing, legislators are looking into new ways to incentivize and enable socially and economically disadvantaged groups to make the leap into homeownership.

If they come to fruition, these proposals would go beyond existing downpayment assistance programs. But how far beyond? And who qualifies? Let’s take a look and compare these two pieces of legislation.

The First-time Homebuyer Act secures a $15,000 tax credit to those who bought their first home after December 31, 2020. The tax credit is refundable, meaning if the buyer owes $5,000 in taxes next year, they’ll still get a return of $10,000. Sounds pretty nice, right?

Limitations still exist for who qualifies, though. First, the buyer can’t have owned a home in the past 3 years. And applicants must meet an income requirement: 160% or less than their area’s median income. Additionally, the home in question must be valued at 110% or less than the area’s median purchase price. What that last one means, essentially, is that this tax credit won’t be applied for someone to purchase a house well outside of their means. This provision protects the program from anyone taking advantage of the tax credit. But it also protects the consumer from overspending. Finally, the homebuyer must also live in the home, as their primary residence, for at least 4 years. If you move before then, you’ll face taxes that recoup part of the $15,000.

At the end of March, Rep Jimmy Panetta (D-CA) and Oregon’s own Rep. Earl Blumenauer introduced the First-time Homebuyer Act to Congress. The legislation truly counts as legislation, now that it’s an official bill. So far we haven’t heard word of when the House votes on it, but we’ll be keeping an eye out.

The Downpayment Toward Equality Act

If you’ve vaguely heard word of new housing legislation, it’s likely you’ve seen the number $25,000 bandied about alongside the number $15,000. But the Downpayment Toward Equality Act is a separate piece of legislation. Both spring from President Biden’s push for housing reform, and Biden spoke of both as part of his campaign platform. They will, however, be put before Congress separately.

The Downpayment Toward Equality Act provides grants of up to $25,000 to socially and economically disadvantaged groups. These grants must be put towards a downpayment and are meant to encourage home ownership in under-served communities. Unlike similar programs, this plan does not require the homebuyer to repay the loan. As with the First-Time Homebuyer Act, buyers must meet certain qualifications. To receive $20,000, a homebuyer must earn 120% or less than the area’s median income. For those in a “high-cost” area, the bar is set a little lower at 180% or less. (The Secretary of Housing and Urban Development designates what areas are high-cost.) To receive an extra $5,000, the applicant must identify as part of a socially disadvantaged group, or a group that experiences “racial or ethnic prejudice.”

But the big requirement to pay attention to concerns background. The same first-time homebuyer qualifications apply here – no owning a house for the past 3 years. But this act goes further. The buyer’s parents must also not own or have owned a house; the grants go to first generation homebuyers only. The thinking goes that families of homeowners pass down both the financial ability and the knowledge needed for buying a home. The Downpayment Toward Equality Act aims to draw disadvantaged communities into home ownership for the long run.

Now, so far lawmakers have not introduced this legislation on the House floor. They published a draft in mid-April, which signals they intend to move forward.

So how do these two pieces of legislation look side by side? Check the graph to see if you might qualify for either:

If you’re wondering about your area’s median income, you aren’t alone. It can be tricky to wade through HUD’s bureaucratic red tape. One option we recommend is Fannie Mae’s Area Median Income Lookup Tool. Search for your address, and you’ll have at least a ballpark number.

The short answer here is it’s going to take some time to see if either of these proposals has legs in Congress. You might need to brush up on your School House Rock. But for now, know that the First-time Homebuyer Act has some hoops to jump through. It still faces a committee, hearings, and the ultimate vote. And that’s just in the House! It’s likely both of these pieces of legislation (if the downpayment act becomes a bill) will meet stronger opposition in the Republican-controlled Senate. You never know, though – the Bush administration championed first-time homebuyer tax credits as well. So, it’s not unprecedented.

As for the future of the Downpayment Toward Equality Act, currently, the White House assures us that it won’t be wrapped into Biden’s massive infrastructure bill. But some members of the press have questioned whether that may come to pass. Most notably, folding it into a larger piece of legislation would streamline the process, possibly making it easier to pass. At the moment, though, lawmakers haven’t announced any plans of that nature.

In the meantime, be aware of predatory “news stories” claiming that Congress passed legislation and promising you money. Reports of fraudulent Facebook posts of this nature are on the rise. To be fair, we can understand how that’s easy click bait. But trust that we will keep you updated on the official status of the legislation. Until then, don’t give out personal information to an untrustworthy source.

If you are about to take your first step onto the property ladder, you are probably feeling a mixture of excitement and apprehension. It can be quite daunting, but if you are well prepared, it should make the journey far smoother. Here are 4 things that every first-time buyer should know. 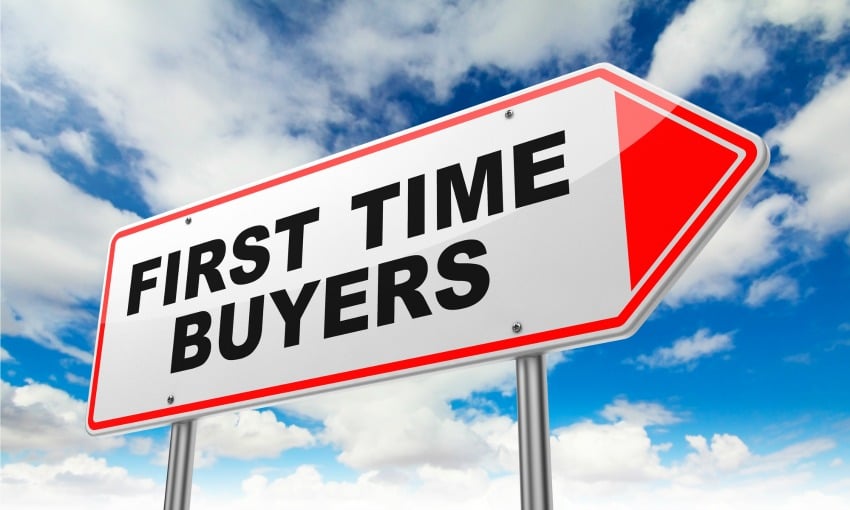 One of the first things you should do is find out what borrowing power you have. All lenders have different lending criteria, and the rates available will vary depending on the level of deposit you have. Unless you feel confident to deal with the whole thing yourself, it’s a good idea to speak to a broker who can arrange a mortgage for you and give you an indication of the best deals available. Once your mortgage has been approved and an offer of loan issued, the fun part can begin, and you can start viewing properties that fall within your financial means.

You are the ideal Boston Real Estate buyer?

Don’t be fooled into thinking that being new to buying property before puts you at a disadvantage. Assuming you have all the required deposits and funding in place, you are the ideal buyer! Your purchase won’t be subject to selling an existing property, there is no sales chain, and you are more likely to be flexible in terms of entry date. This all equates to a smoother transaction and minimizes the risk of you backing out, so use this as a negotiating tool when agreeing on a final sales price.

Have a specialist property inspection carried out

A property can look great on the surface but can have many hidden issues lurking beneath, so it’s a good idea to arrange for a specialist to inspect the property. They will carry out various checks and then issue you with a report outlining any issues they have come across in terms of things like the roof, plumbing, electrics, and so on. Inspection not only equips you with a negotiating tool in terms of price but will also give you peace of mind that you aren’t buying a nightmare of a property that is harboring a host of problems.

Make sure the property is affordable

You may be able to afford the monthly mortgage payments, but have you considered the other monthly outgoings that go hand in hand with owning a property? Utility bills, insurances, and ongoing maintenance costs (to name but a few), all add up so you must spend some time calculating whether this purchase is going to be affordable in the long term. Write down all of your approximate outgoings and look to save around 10% as a contingency each month. This will come in very handy if something unexpected happens like a leaky roof or a boiler breakdown.  You may need to buy furniture or appliances when you first move in, so plan ahead and be realistic in your approach. The more prepared you are, the less stressful the overall process will be.

Obtaining a mortgage loan is drastically different than it was even a couple of years ago. Banks and lending institutions are becoming increasingly hesitant to lend money due to the financial crisis gripping the nation and the only thing that less-than-perfect credit will get you is a rejection letter.

If, however, you have done your part by maintaining an exemplary credit rating and have pinched and saved for a substantial down payment (think 20 percent), then you may be well on your way to purchasing your first Boston condo.

An important first step in obtaining a mortgage loan is getting preapproved for a loan by a lender. For any first-time homebuyer, this should precede any other moves you make, including looking for homes. A preapproval letter from a lending institution.

A preapproval letter will not only show sellers that you are creditworthy and are serious about purchasing a home, but will also give you a clear picture of what size loan you can realistically afford. It will also help you in negotiations. For example:

Couple A immediately heads to the financial institution of their choice and obtains a preapproval letter. Couple B skips this important first step and instead heads out to search for their dream Dallas County property.

Both couples end up falling in love with the same property, and both couples put in an offer.

Who do you think will get the condominium?

If you guessed a couple A, you’re right. It is unlikely that a seller will accept the offer from Couple B because of the uncertainty of whether they can afford the home or even get approved for a mortgage.

Couple A, on the other hand, was prepared to make an offer, and the seller was comfortable accepting their offer because they were prepared and ready to own their first home.

The bottom line: make getting preapproved your first priority!