This real estate story reminds me why America is so Great

This real estate story reminds me why America is so Great

The multiple listing service in Warsaw, Poland, only lasted one hour. Let me start from the beginning.

Janet Choynowski started working in Poland at the end of the Cold War. A number of American companies soon found her and hired her as a consultant as they searched for property, and by the mid 1990s she was running a brokerage in Warsaw.

But coming out of communism meant that Polish real estate wasn’t as developed as the U.S. industry. 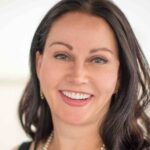 One of the things that Choynowski said was particularly lacking at the time was a multiple listings service (MLS). The result was multiple agents representing the same properties, agents who were unwilling to share information, and a “thicket” of confusion that hamstrung the real estate industry.

By the late 1990s, Choynowski and others in the area had finally convinced the entire Warsaw real estate community to come together and create an MLS, with “even the most arch enemies seeing the plus there.” It was around 1999, and everyone got together in a local Marriott ballroom. Then the leaders of the gathering began going through the listings.

“In the cases where one person had one listing, then that was your listing,” Choynowski said. “But where seven of us had the same one, we had to draw to see who that one was going to belong to. They would put it in a box and mix it up and pull it out. They went through every listing that was for sale in Warsaw.”

The meeting dragged on for two days, and agents literally refused to leave the ballroom the entire time lest a rival come in and scoop up their listings.

“No body would trust anybody,” she said. “If you leave, you’re going to get cheated.”

After days of sorting, finally the Warsaw real estate community brought order to the chaos. Listings were organized and an MLS was born. And then, one hour later, it fell apart.