The Department of Labor released its weekly report on new jobless claims Thursday at 8:30 a.m. ET. Here were the main metrics from the report, compared to consensus data compiled by Bloomberg:

Consensus economists expected initial unemployment filings to hold below 600,000 for a fourth straight week, dipping to the lowest level since mid-March 2020. Thursday’s print showed an even more marked decline.

Initial filings have slid over the course of the past year, pulling back sharply from a pandemic-era high of more than 6 million. New claims during the comparable week last year totaled nearly 3 million, but have held below 1 million since August 2020 as layoffs and other separations slowed.

The four-week moving average for new jobless claims fell by 61,000 to 560,000, declining to the lowest level since March 2020 even as the previous week’s new claims total was upwardly revised.

But while new filings decline, an elevated number of Americans remain unemployed. More than 16 million Americans were still receiving unemployment benefits across all programs as of mid-April, for a decrease of nearly 1 million from the previous week. That included nearly 12 million Americans on the federal Pandemic Unemployment Assistance and Pandemic Emergency Unemployment Compensation program, which both expire in September. And based on the Labor Department’s monthly non-farm payrolls report, the U.S. economy is still more than 8 million jobs short of its pre-pandemic levels from February 2020.

“With unemployment claims finally moving in the right direction after months of stagnation, there’s still a need for more improvement on the public health front,” AnnElizabeth Konkel, Indeed Hiring Lab economist, said in an email on Thursday. “Only with more fully vaccinated individuals can a full economic recovery truly blossom. We haven’t crossed the finish line yet.”

On Friday, the Labor Department will give an updated snapshot of the labor market in April’s monthly jobs report. Economists expect to see non-farm payrolls rose by a staggering 1 million during the month, which would mark the most since August. The unemployment rate likely fell to a pandemic-era low of 5.8% from 6.0% in March, but would still remain well above the pre-pandemic level of 3.5%. During the survey week for the monthly jobs report around the 12th of the month, initial jobless claims had dipped to 566,000.

On Wednesday, ADP’s closely watched monthly report on private payrolls showed 742,000 jobs were added back in April. While below consensus estimates, the figure still marked the greatest number of jobs added since September. And ADP’s numbers have typically undershot the payrolls totals in the Labor Department’s monthly jobs report over the past year, suggesting some upside for Friday’s report.

The vast majority of U.S. states saw new filings fall last week, in an encouraging sign of a broad-based pick-up in the labor market across the country.

Still, some states posted outsized improvements. New filings in Virginia fell by nearly 24,000 last week to reach about 13,500 total on an unadjusted basis. Initial claims in New York dropped by 12,100, with the state recently expanding the range of in-person activities it allows to occur during the pandemic recovery. New claims in Florida and California fell by 9,700 and 7,400 last week, respectively. Only a handful of states, including New Jersey and Delaware, posted increases in new claims of more than 1,000 last week.

This compared to a national insured unemployment rate of 2.6%

Let’s start of with the good news and that is the number of furloughed – or temporarily laid-off – workers is dropping but it still came in at 3.2 million – even if that is down from a peak of 18 million back in April.

Of course, 1.4 million fewer furloughed workers allowed the unemployment rate to drop a lot – breaking back below 7% and a full percentage point lower than it was in September which is spells some hopeful signs for the Boston real estate market

Next the Bad News for the Boston Condo Market

But you will also see that the number of permanent layoffs continues to rise. That number is now at 3.7 million, it is down from 3.8 million seen in September, but the trend is still headed higher.

Now you see, this is very worrying, and gives me another reason to believe that a full recovery in jobs is still a long way away. 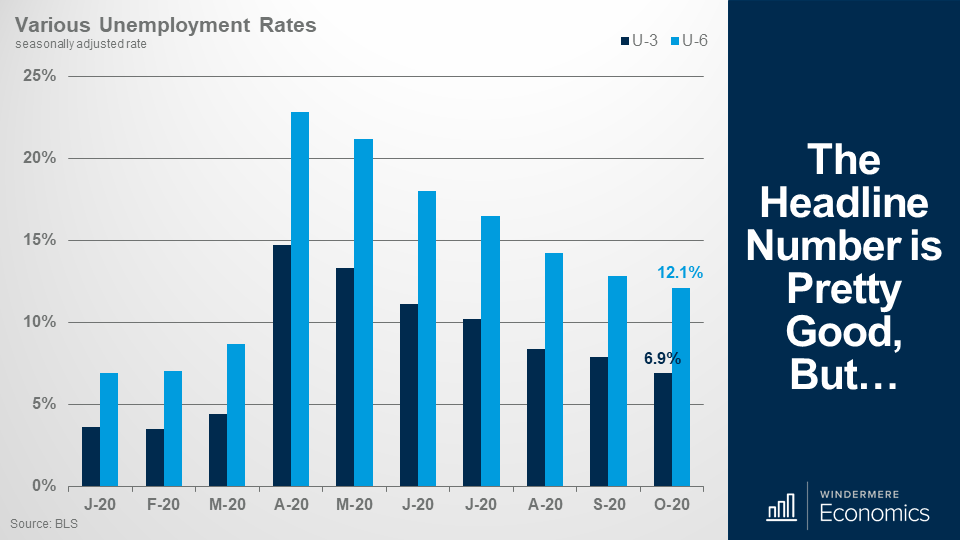 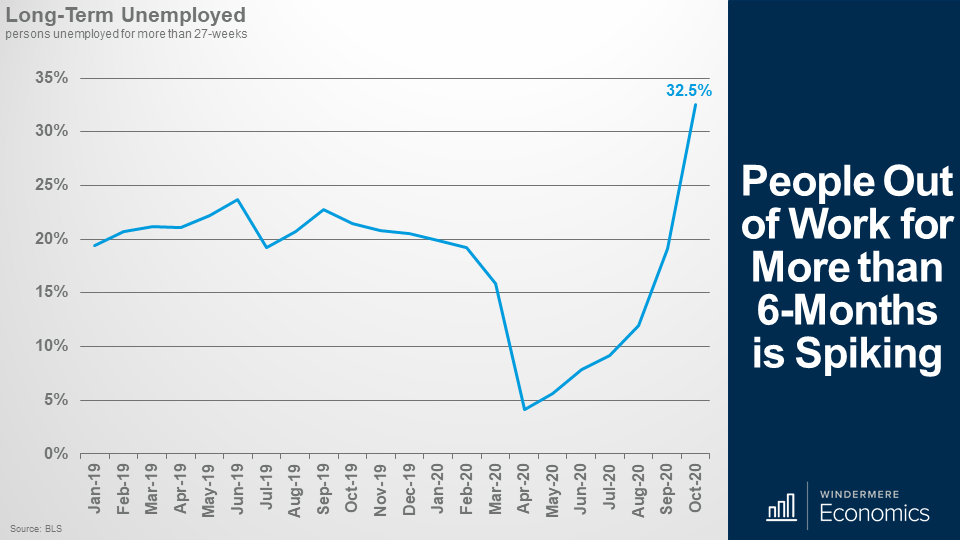 The number of people working in America today is back at a level last seen in late 2015 and, at October’s pace, it would still take about another 16 months for employment to return to its pre-pandemic level.

I still expect that we will see a slow return to work, but the numbers are likely to remain muted until a vaccine or inoculation is not only freely available – but it has to be one that we feel comfortable taking as well.

Boston Real Estate and the Economy

The bottom line is that the report could have been worse, but it could also have been better too.