The housing markets impact on the economy

The housing markets impact on the economy

If you’re thinking of buying or selling a house, chances are you’re focusing on the many extraordinary ways it’ll change your life. What you may not realize is that decision impacts people’s lives far beyond your own. Home purchases and sales are significant drivers of economic activity. They have a major impact on your community and the entire U.S. economy via the multiple industries and professionals that take part in the process.

The National Association of Realtors (NAR) releases a report each year that highlights just how much economic activity a home sale generates. The chart below shows how the sale of both a newly built home and an existing home impact the economy: 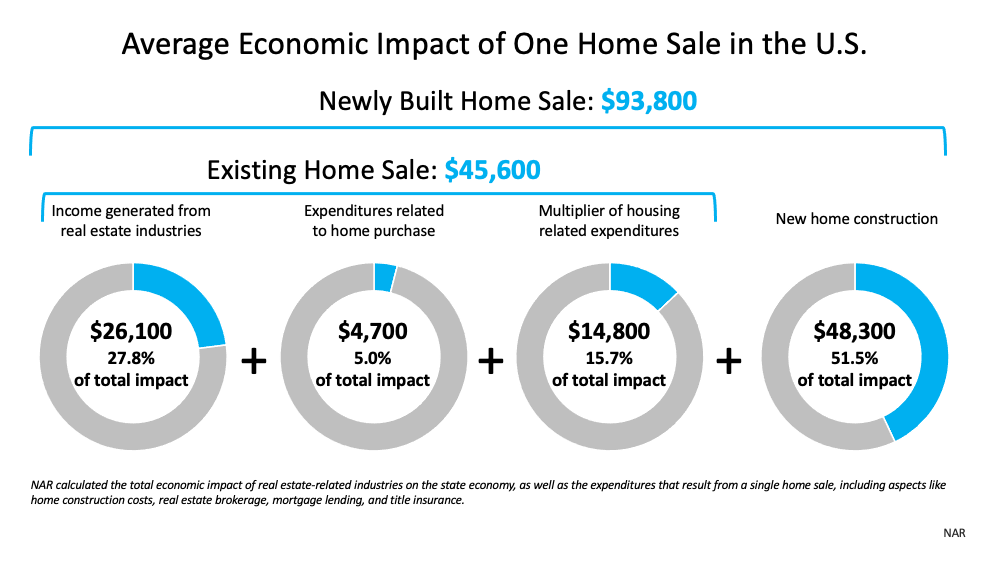 To dive a level deeper, NAR also provides a detailed look at how that varies state-by-state for newly-built homes (see map below): 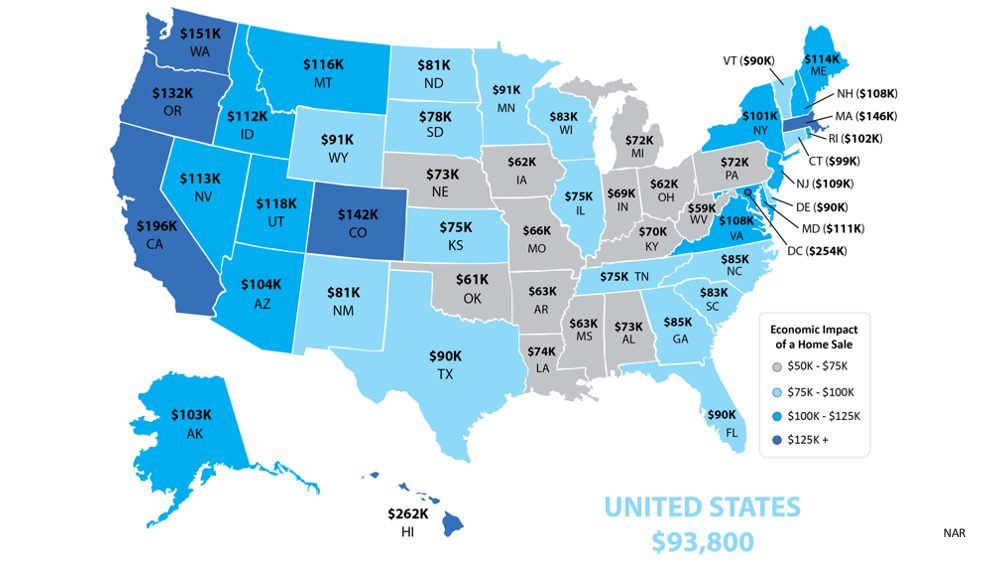 As you can see, a single home sale can have a massive effect on the overall economy. Ali Wolf, Chief Economist for Zonda, talks about this in a recent article, noting there’s a significant impact at each distinct phase of the transaction:

“The housing market contributes to the economy in four main stages: during planning and land development, throughout the actual construction of the home, at the point of sale, and upon moving in.”

When you buy or sell a Boston condo for sale, you’re leaving a lasting impression on the community at large in addition to fulfilling your own needs. That’s because each stage of the process involves numerous contractors, specialists, lawyers, town and city officials, and so many other professionals. Every individual you work with, from your trusted real estate advisor to the architects who design new homes, has their own team of professionals involved behind the scenes.

Homebuyers and sellers are economic drivers in their community and beyond. If you’re thinking of buying or selling, let’s connect today to start the process. It won’t just change your life; it’ll make a powerful impact on our entire community.

As the downtown Boston economy recovers from this year’s health crisis, the housing market is playing a leading role in the turnaround. It’s safe to say that what we call “home” is taking on a new meaning, causing many of us to consider buying or selling sooner rather than later. Housing, therefore, has thrived in an otherwise down year.

Today’s high buyer demand combined with low housing inventory means we’re seeing home prices appreciate at an above-average pace. This demand is being driven by those who want to take advantage of historically low mortgage rates. According to Freddie Mac:

“The record low mortgage rate environment is providing tangible support to the economy at a critical time, as housing continues to propel growth.”

These factors are driving a positive impact on the economy as a whole. According to the National Association of Realtors (NAR), the real estate industry provided $3.7 billion dollars of economic impact to the country last year. To break it down, in 2019, the average newly constructed home contributed just over $88,000 per build to local economies. Across the country, real estate clearly makes a significant impact (See map below):

In addition, last week, the Bureau of Economic Analysis announced the U.S. Gross Domestic Product increased at an annual rate of 33.1% in the 3rd quarter of this year, after decreasing by 31.4% in the second quarter. There’s no doubt the growing economy is being fueled in part by the soaring housing market. Experts forecast this housing growth to carry into 2021, continuing to make a big impact on the economy next year as well.

The American Dream of homeownership has continued to thrive in the midst of this year’s economic downturn, and “home” has taken on a new meaning for many of us during this time.  Best of all, the housing market is making a significant impact as the economy recovers.