Oh, and by the way, you’re going to lose your job. And, they’re repossessing your car, too. 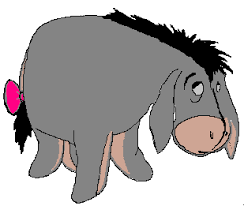 Apparently, we’re going to be entering a world-wide recession of epic proportions, in 2007.

Well, at least one economist thinks so. One economist, writing in a blog.

“This is the biggest housing slump in the last four or five decades: every housing indictor is in free fall, including now housing prices,” Nouriel Roubini says. The decline in investment in the housing sector will exceed the drop in investment when the Nasdaq collapsed in 2000 and 2001, he said.

“As the housing sector slumps, the job and income and wage losses in housing will percolate throughout the economy,” Roubini said.

“This is the tipping point for the U.S. consumer and the effects will be ugly,” he said. “Expect the great recession of 2007 to be much nastier, deeper and more protracted than the 2001 recession.”

Others are less sure.

Contact me to find or set up an appointment to start your Boston condo buying process.

Back to homepage Boston condos for sale