What Will Happen with Boston Condo Mortgage Rates this Week?

What Will Happen with Boston Condo Mortgage Rates this Week?

Based on the Primary Mortgage Market Survey from Freddie Mac, the average 30-year fixed-rate mortgage has increased by 1.2% (3.22% to 4.42%) since January of this year. The rate jumped by more than a quarter of a point from just a week ago. Here’s a visual to show how mortgage rate movement throughout 2021 was steady compared to the rapid increase in mortgage rates this year:

“This week, the 30-year fixed-rate mortgage increased by more than a quarter of a percent as mortgage rates across all loan types continued to move up. Rising inflation, escalating geopolitical uncertainty and the Federal Reserve’s actions are driving rates higher and weakening consumers’ purchasing power.”

Where Are Boston Condo Mortgage Rates Going from Here?

In a recent article by Bankrate, several industry experts weighed in on where rates might be headed going forward. Here are some of their forecasts:

“With inflation figures continuing to surprise to the upside, mortgage rates will remain above 4.0% on the 30-year fixed.”

“While higher short-term interest rates will push up mortgage rates, I expect some of this impact to be mitigated eventually through lower inflation. Thus, I expect the 30-year fixed mortgage rate to continue to rise, although we aren’t likely to see the big jumps that occurred over the past few weeks.”

“Mortgage rates are likely to continue to move higher throughout the balance of 2022, although the pace of rate increases is likely to moderate.”

In a recent realtor.com article, another expert adds to the conversation:

“. . . As markets digest the Fed’s updated economic projections, I anticipate a continued increase in mortgage rates over the next several months. . . .”

What Does This Mean for You if You’re Looking to Purchase a Boston condo for sale?

With both mortgage rates and Boston Seaport condo values expected to increase throughout the year, it would be better to buy a Boston condo sooner rather than later if you’re able. That’s because it’ll cost you more the longer you wait. But, there is a possible silver lining to buying a home right now. While you’ll be paying a higher price and a higher mortgage rate than you would have last year, rising prices do have a long-term benefit once you buy.

If you purchase a home today valued at $400,000 and put 10% down, you would be taking out a $360,000 mortgage. According to mortgagecalculator.net, at a 4.42% fixed mortgage rate, your mortgage payment would be $1,807 a month (this does not include insurance, taxes, and other fees because those vary by location).

Now, let’s put that mortgage payment into a new perspective based on the substantial growth in Boston condominium equity that comes with the escalation in home prices. Every quarter, Pulsenomics surveys a panel of over 100 economists, investment strategists, and housing market analysts about their expectations for future home prices in the United States. Last week, Pulsenomics released their latest Home Price Expectation Survey. The survey reveals that the average of the experts’ forecasts calls for a 9% increase in home values in 2022.

Based on those projections, a $400,000 house you buy today could be valued at $436,000 by this time next year. If you break that down, that means the equity in your home would increase by $3,000 a month over that period. That’s greater than the estimated monthly payment above. Granted, the increase in your net worth is tied to the home, but it is one way to put the home price appreciation to use in a way that benefits you.

Paying a higher price for a home and a higher mortgage rate can be a difficult pill to swallow. However, waiting will just cost you more. If you’re ready, willing, and able to buy a home, now will be a better time than a year, or even six months from now. Let’s connect to begin the process today.

Mortgage rates are hovering near record lows, and that’s good news for today’s Back Bay condo buyers. The graph below shows mortgage rates dating back to 2016 and where today falls by comparison. 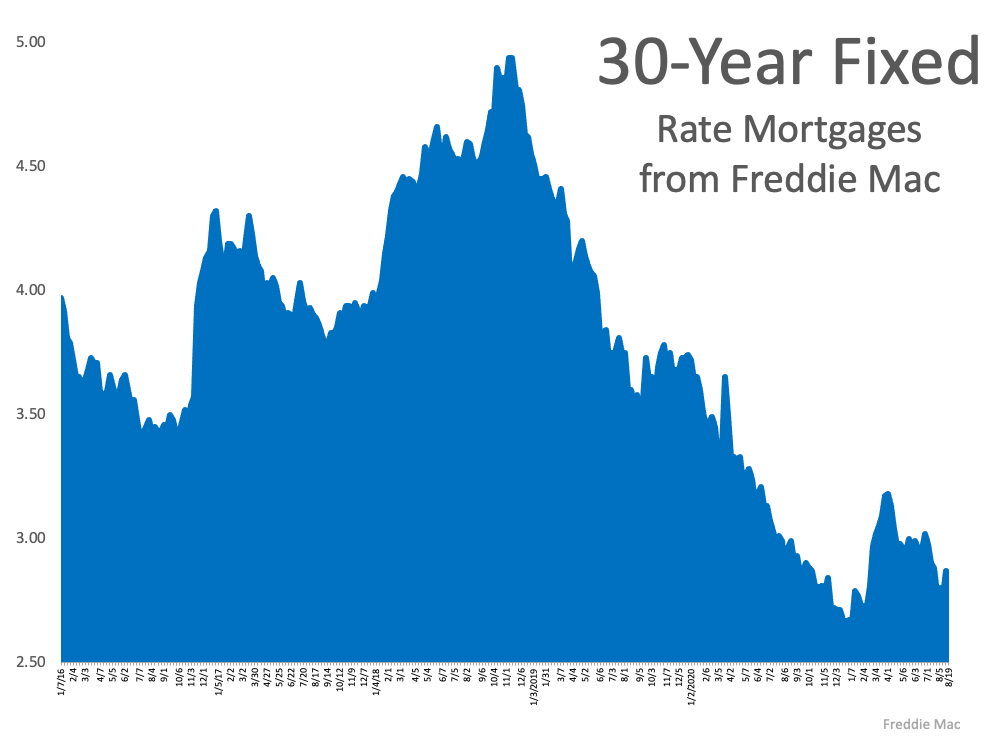 Generally speaking, when rates are low, you can afford more of a Boston downtown real estate for your money. That’s why experts across the industry agree – today’s low rates present buyers with an incredible opportunity. Here’s what they have to say:

“As the economy works to get back to its pre-pandemic self, and the fight against COVID-19 variants unfolds, owners and buyers continue to benefit from some of the lowest mortgage rates of all-time.”

“Mortgage rates are generally the same across the country, so a decline in mortgage rates boosts affordability equally in each market.”

“Those who haven’t yet taken advantage of low rates to buy a home or refinance still have the opportunity to do so this summer.”

Hale goes on to say that buyers who don’t act soon could see higher rates in the coming months, negatively impacting their purchasing power:

“We expect mortgage rates to fluctuate near historic lows through the summer before beginning to climb this fall.”

And while mortgage rates are still low today, the data from Freddie Mac indicates rates are fluctuating ever so slightly right now, as they moved up one week before inching slightly back down in their latest release. It’s important to keep in mind the influence rates have on your monthly mortgage payment.

Even small increases can have a big impact on what you pay each month. Trust the experts. Today’s rates give you opportunity and flexibility in what you can afford. Don’t wait on the sidelines and hope for a better rate to come along; the rates we’re seeing today are worth capitalizing on.

Mortgage rates hover near record lows today, but experts forecast they’ll rise in the coming months. Waiting could prove costly when that happens. Let’s connect today to discuss today’s rates and determine if now’s the time for you to buy.

What will happen to Massachusetts mortgage rates this week?