On a year-over-year basis, the pace of new-home sales in May was down 5.9%.

“As pricing begins to show signs of softening and builder inventory increases, there is potential for sales to remain consistent at this level or possibly increase slowly through the summer — because the market remains under-built, and fewer households are putting their existing homes on the market,” RCLCO Real Estate Consulting principal Kelly Mangold said. “This decline in for-sale mobility may bode well for the rise of the build-for-rent sector, as an increasing number of households seeking a for-sale home may instead choose to rent a single-family home or townhome while they wait for market conditions to become more favorable.”

By region, the number of new-construction homes sold was mixed, with month-over-month increases of 39.3% and 12.8% in the West and South, respectively, and decreases of 51.1% and 18.3% in the Northeast and Midwest, respectively.

First American Deputy Chief Economist Odeta Kushi cautioned not to read too much into the surprise jump in sales.

“The monthly increase in new-home sales beat consensus expectations, but new-home sales data is volatile and one month does not make a trend,” she said in a press release. “While the nation continues to face a housing shortage, new-home sales may slow as worsening affordability and higher construction costs take a toll on the new-home market.” 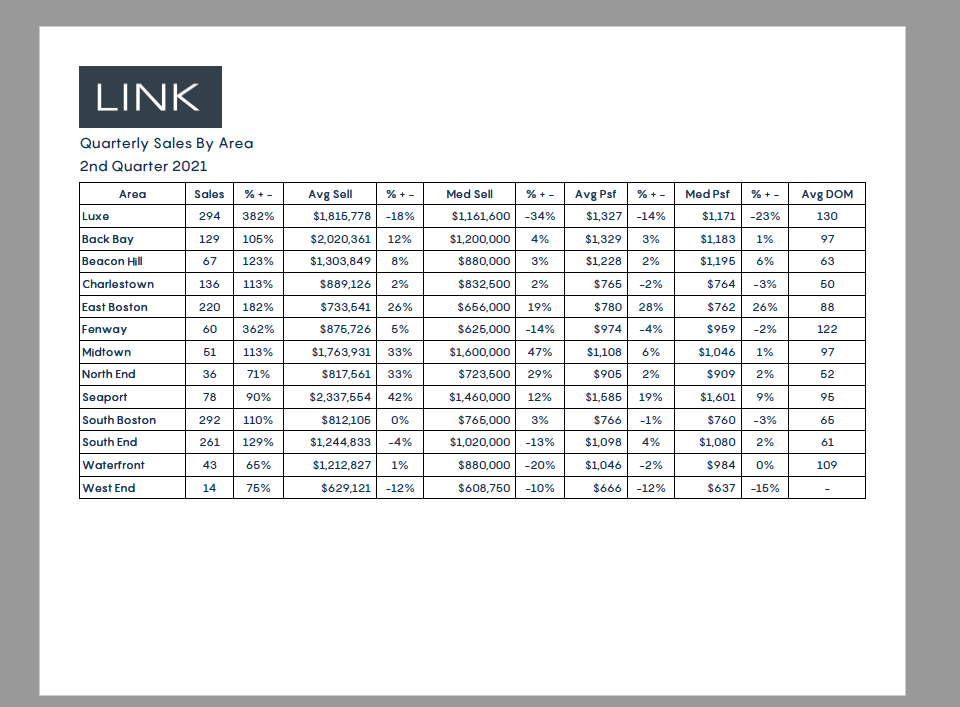 I must say, this recent article from the Greater Boston Association of Realtors took me by surprise:

Boston-area home sales rose for the sixth month in a row in February as the median selling prices for both homes and condominiums hit new highs — a sign an extremely active market is likely for spring.

“Buyer enthusiasm has been through the roof over the first two months of the year, with many eager to get a head start on the traditional spring selling season,” Greater Boston Association of Realtors President Dino Confalone said in a press release. “There’s a lot of pent-up demand from buyers who’ve been house-hunting for months, if not years, and their search has become a year-long effort.”

February saw the fourth-highest sales total for the month, with the sale of 598 single-family homes, an 8.3% increase from 552 homes sold in February 2020, according to GBAR data released this week. While sales were high in February, there was still a 32.3% drop from the record 883 homes sold in January.

Condo sales were robust, too, with the second most-active February on record, with 635 condos sold, a 5.1% increase from the 604 units sold in February 2020. Condo sales did decline 17.1% from a record high of 766 units sold in January, however.

Inventory continues to be a factor as the number of buyers continued to outpace inventory, giving sellers the upper hand with top-dollar asking prices.

“On top of that, many buyers find themselves having to compete to outbid one another, and that’s helping to drive up prices further,” Confalone said in the release. “Right now, buyer demand is strongest in the suburban single-family home market, especially in communities outside of Rte. 128, and that’s where we’ve seen home values rise most sharply over the past year.”

The GBAR report also found pending sales rose in February for the ninth consecutive month. Single-family homes placed under agreement were up 3.1% from February 2020 and 38.4% from January. Pending condominium sales climbed 24.9% year over year and 29% month over month