Once again, a Gallop Poll ranked buying real estate as the best investment by most Americans. 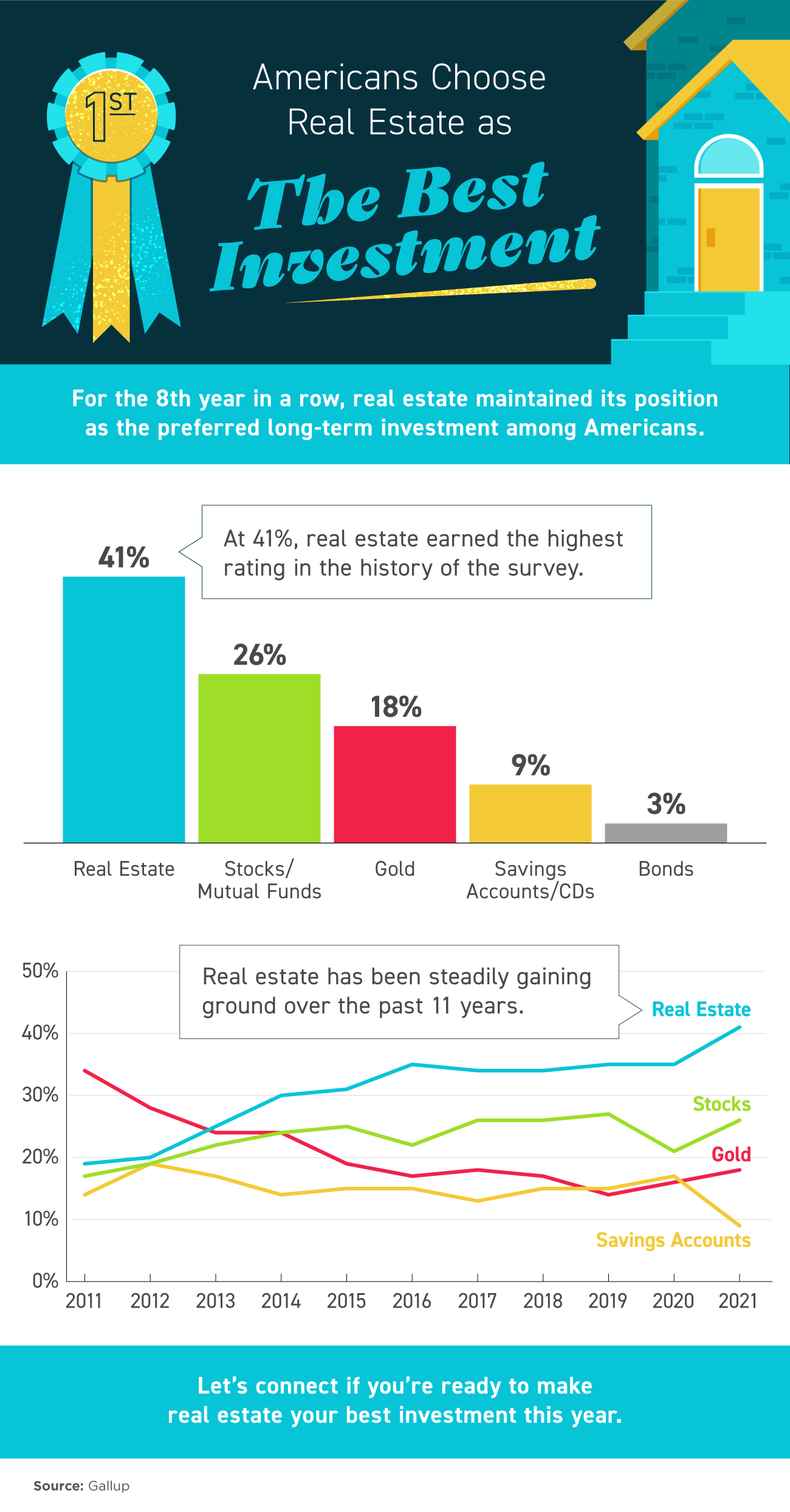 Every year, Gallup conducts a survey of Americans to determine their choice for the best long-term investment. Respondents are asked to select real estate, stocks/mutual funds, gold, savings accounts/CDs, or bonds.

Once again, real estate has come out as one of the best long-term investments. Gallup explained:

“Real estate remains the most favored investment to Americans, as has been the case since 2013, when the housing market was on the rebound. More than a third of Americans have named real estate as the top investment since 2016.” 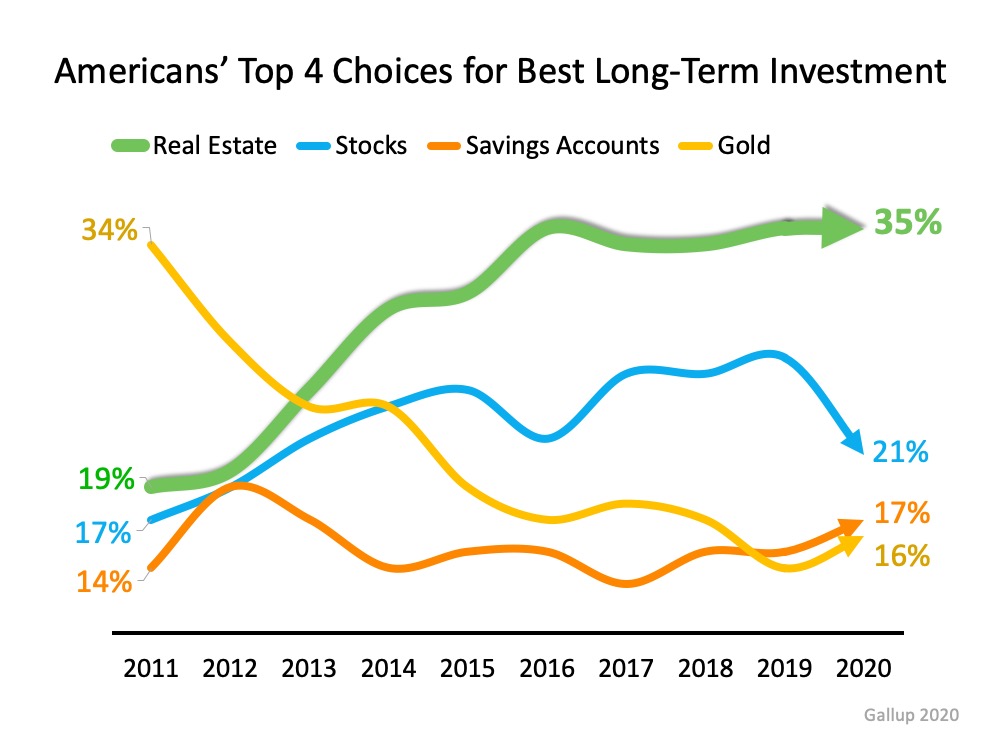 This year’s results indicated 35% of Americans chose real estate, followed by stocks at 21%. The full results covering the last decade are shown in the chart below:

Boston Real Estate and the Pandemic

Last year started off with a bang. Unemployment was under 4%, forecasters were giddy with their projections for the economy, and the Boston real estate market had the strongest January and February activity in over a decade.

Then came the announcement on March 11, 2020, from the World Health Organization declaring COVID-19 a worldwide pandemic. Two days later, the White House declared it a national emergency. Businesses and schools were forced to close, shelter-in-place mandates were enacted, and the economy came to a screeching halt. As a result, unemployment in this country skyrocketed to 14.9%.

A year later, the economy is recovering, and the U.S. has regained more than half of the jobs that were originally lost. However, I see some Beacon Hill Charles St stores are still closed, and many schools are still struggling to reopen. Despite the past and current challenges, there is one industry that’s proven to be a tailwind helping to counter all of these headwinds to our economy. That industry is housing. Remarkably, the residential real estate market (including existing homes and new construction) has flourished over the last twelve months. Sales are up, prices are appreciating, and more new homes are being built. The housing market has been a pillar of strength in an otherwise slowly recovering economy.

How does the real estate market help the economy?

At the beginning of the pandemic, the National Association of Realtors (NAR) released a report that explained:

“Real estate has been, and remains, the foundation of wealth building for the middle class and a critical link in the flow of goods, services, and income for millions of Americans. Accounting for nearly 18% of the GDP, real estate is clearly a major driver of the U.S. economy.”

The report calculated the total economic impact of real estate-related industries on the economy as well as the expenditures that resulted from a single home sale. At a national level, their research revealed that a single newly constructed home had an economic impact of $88,416.

Real estate has done more for our economic well-being than virtually any other industry over the last year. It’s been a beacon of light during a very challenging time in our nation’s history.

The belief of the American people in the stability of housing as a long-term investment remains strong, even though the many challenges our economy faces today.

Whether you’re buying a newly constructed home or one that already exists, you’re making a positive economic impact in your local community – and it’s a step toward your homeownership goals as well.