A Boston Planning & Development Agency-owned piece of land in Boston’s Chinatown neighborhood will soon be home to 100 units of affordable housing and a new Boston Public Library branch.

Located at the intersection of Hudson, Tyler and Holland streets in Chinatown, it’s one of the last large municipally-owned sites in that area of the city, available for “community based uses, and the selected use is based on several years of BPDA and community-led visioning workshops and planning studies,” according to BPDA.

“We are committed to facilitating a future for this parcel that supports the surrounding community by creating affordable housing and a new, permanent BPL branch in Chinatown,” BPDA Director Brian Golden said in a press release. “We look forward to working with the development team to bring life to the community’s vision.”

Asian CDC is proposing a 12-story, mixed-use building with 110 affordable rental and homeownership units available to a broad range of affordable income levels.

Plans to develop the property go back to 2020. The RFP, released in August 2021, reflected input from the community and the need for affordable housing, the BDPA said, adding that the need for a permanent Chinatown BPL branch and the preservation of the area’s cultural and historical heritage were also important.

The BPDA helped facilitate the opening of a temporary Chinatown library in 2018, marking the return of these services to the area for the first time in more than 50 years.

“For over three decades, Asian Community Development Corporation has been dedicated to the creation of affordable housing as a way to stabilize immigrant families in this community, and we look forward to working with the city and neighborhood residents to build more affordable homes and a permanent Chinatown library on the R-1 site,” Asian CDC Executive Director Angie Liou said

The Boston Planning & Development Agency has approved the building of 128 new residential units in Roxbury and East Boston, with 99 designated as income-restricted.

Located on Washington Street in Roxbury and Maverick Street in East Boston, the projects are expected to bring much-needed new housing to the area including rentals and homeownership units.

Once complete, the 2085 Washington St. project will include 64 apartments and 32 homeownership units. Of the 96, 94 will be income-restricted. The project is part of a three-phase development of Madison Tropical Parcel 10, sponsored by the Madison Park Development Corp. and Tropical Foods. This is the third and final phase of the project that also includes expanding Tropical Food Market and creating a mixed-used development with both affordable rental units and ground-floor commercial use.

Along with affordable housing, the development will include artist gallery staples, artist workshops, a community meeting space and a resident work bar. This final phase of the project also brings with it a new pedestrian plaza and a new BlueBikes station.

The project is part of Boston’s PLAN: Nubian Square initiative which includes community input and established objectives for publicly owned properties in the area that include the creation of jobs and affordable housing, as well as using resilient and sustainable construction and committing to the community’s diversity and inclusion initiatives.

East Boston’s 279 Maverick St. will bring 32 residential units, five of which will be income-restricted, as well as ground-floor retail space.

The five-story building will include a mix of studios, one-bedroom, two-bedroom and three-bedroom units, as well as 1,797 square feet of retail space on the ground floor.

The project’s developers are also planning streetscape improvements, as well as a landscaped patio and bicycle repair station for residents. Additionally, the project will contribute $9,465 to Boston’s bike share program, adding new street trees, widening the sidewalk, and the creating a direct connection to the Tomahawk Drive shared-use path, that connects the neighborhood to both local transit and parks.

The 44 Ellery St. project consists of a six-story building with 18 homeownership residential units, three of which will be income-restricted.

Malcolm Barber and Niall Dowdall filed the project’s application with the BPDA in late September.

The 44 Ellery St. project will be located on a 7,749-square-foot lot currently occupied by a two-story brick residential building, which will be torn down to make room for the new construction.

Located just 300 feet from the Andrew Square MBTA station, the transit-oriented project will also create new sidewalks, crosswalks, and other infrastructure improvements. It will also include bicycle parking.

The project is part of the BPDA’s PLAN: South Boston Dorchester Avenue Planning Initiative, which was approved in December 2016.

Developer, officials celebrate the groundbreaking of a new project at historic YWCA building

City and state officials celebrated the groundbreaking of a new project expected to bring more than 200 units of affordable housing to Boston’s historic YWCA building.

Located at 140 Clarendon St., in Boston’s Back Bay the project will redevelop the former YWCA building into 210 units of affordable housing, including units dedicated to formerly homeless individuals.

The initial letter of intent for the project was filed last December. The Boston Planning & Development Agency approved the project in March, and the building permit was granted in October.

“Housing stability must be the foundation of our recovery,” Boston Mayor Michelle Wu said. “Today’s groundbreaking shows what’s possible when we collaborate across different sectors and levels of government to create much-needed affordable housing in our neighborhoods. This project will provide much-needed housing and services for residents experiencing homelessness.”

The renovation will include rehabbing approximately 50,000 square feet of existing hotel and residential uses into affordable units, health and wellness amenities and building management staff offices. The ground floor commercial uses will remain unchanged and continue to house the Lyric Stage of Boston and the Snowden International School.

Once complete, the development will include 210 affordable Boston apartments, 111 of which will be reserved for individuals currently experiencing homelessness and 99 for residents with income significantly below the area median income. The Pine Street Inn will provide support services for the housing set aside for formerly homeless individuals.

“This partnership is a huge step forward in our efforts to provide every person with a safe, stable place to live, ensure they receive the services they need and ultimately end homelessness in Boston,” she said.

The building’s rehabilitation will follow the Secretary of the Interior Standards for Historic Preservation. Construction is expected to be completed in 2024.

The Boston Planning & Development Agency approved the project, which will allow for the construction of 79 condominiums, 10 of which will be income-restricted.

In 2019, developers received the approval to redevelop the former hotel into a 12-story, 150-room boutique hotel while retaining and restoring the facade of the existing building, as well as recreating and refurbishing its original historical design elements. The building, which was built in 1875, has been vacant for decades.

In September, developers filed a request with the BPDA to change the scope of the project to condominiums. That request was approved in October.

The project is the first to comply with the BPDA’s Affirmatively Furthering Fair Housing requirements. Approved just recently, the requirements ensure developers take several steps to support fair housing practices, including constructing all units set aside as affordable on-site, as well as increasing the number of two-bedroom units and the number of units accessible to those with disabilities. Preference to first-generation homebuyers is also part of the requirements.

The former Midtown Hotel will soon be replaced with a 10-story project bringing more than 300 housing units to Huntington Avenue. Forty-three of which will be income-restricted.

The Boston Planning & Development Agency approved the plans for the 220 Huntington Ave. project at its October meeting. Developer National Development initially filed a letter of intent for the project back in August of 2020.

The project will replace two existing buildings — the former Midtown Hotel at 220 Huntington Ave. and a four-story, seven-unit residential building at 1 Cumberland St. — bringing with it 325 transit-oriented housing units, as well as 15,500 square feet of retail and co-working space. The mixed-use building will also have 152 parking spaces and storage for approximately 325 bicycles, according to the filing.

The Boston Planning & Development Agency has approved five new transit-oriented development projects that will bring 544 residential units to four city neighborhoods. The new communities will be located in the Dorchester, Roxbury, Fenway and Hyde Park neighborhoods. Construction of the developments will result in a combined 592,700 square feet and will support 452 construction jobs and 126 permanent positions. 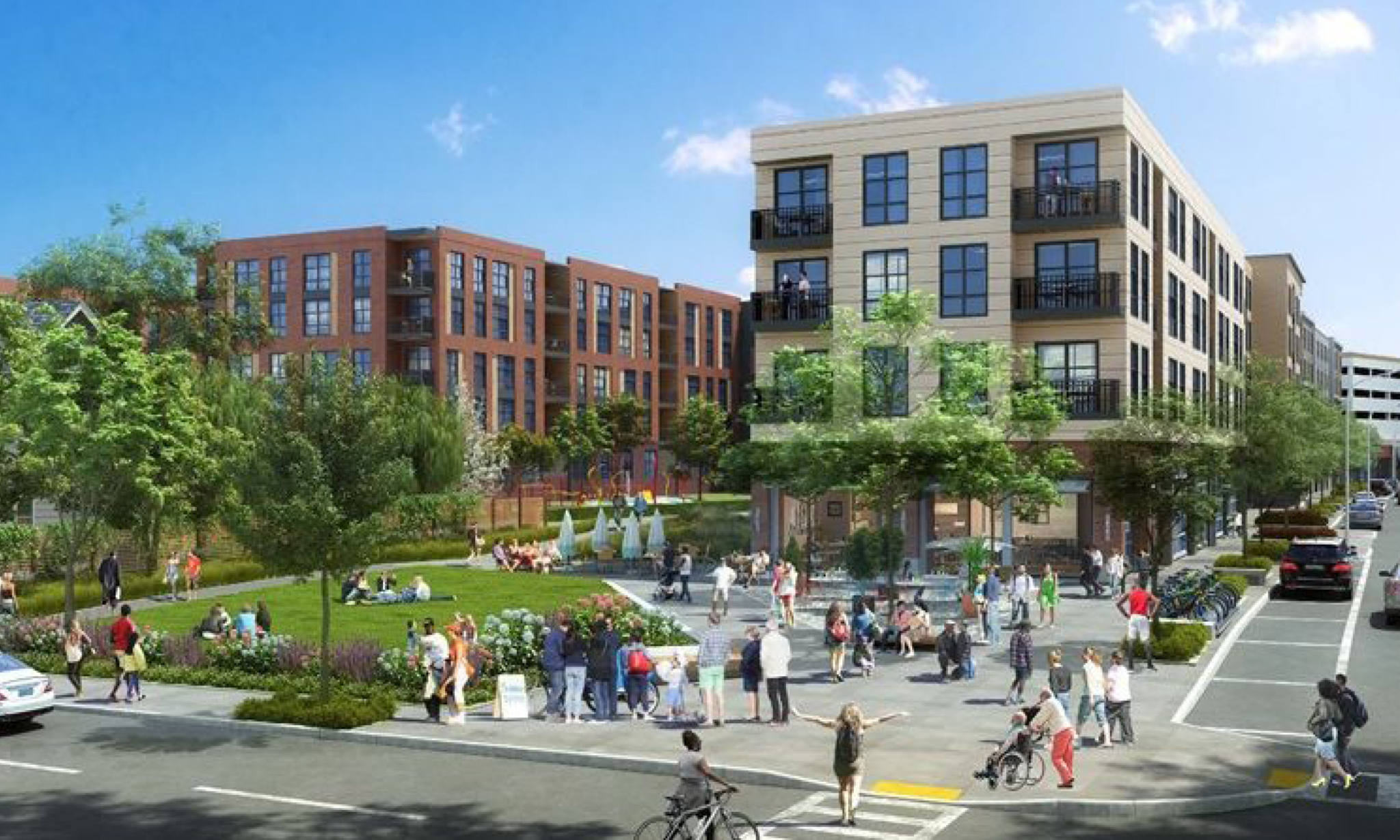 The Jan Karski Way Extension Project will bring 403 residential units to Dorchester. Sixty units will be designated affordable, and the developer has agreed to increase affordable housing contributions in the future. A transit-oriented development, Jan Karski Way is a 10-minute walk to Andrew Station and a nine-minute walk to the commuter rail at Newmarket Stations. The project will also include enhanced streetscapes, the construction of new streets and sidewalks, as well as 14,665 square feet of retail space, storage for 488 bicycles and 47,786 square feet of new publicly accessible open space.

In Roxbury, 190 Dudley St., once complete, will have 28 new housing units in a five-story building with community and retail space. Four of the units will be designated affordable. The development is close to Nubian Station and will incentivize the use of public transportation, car sharing and biking. The project will include 44 bike storage spaces as well. 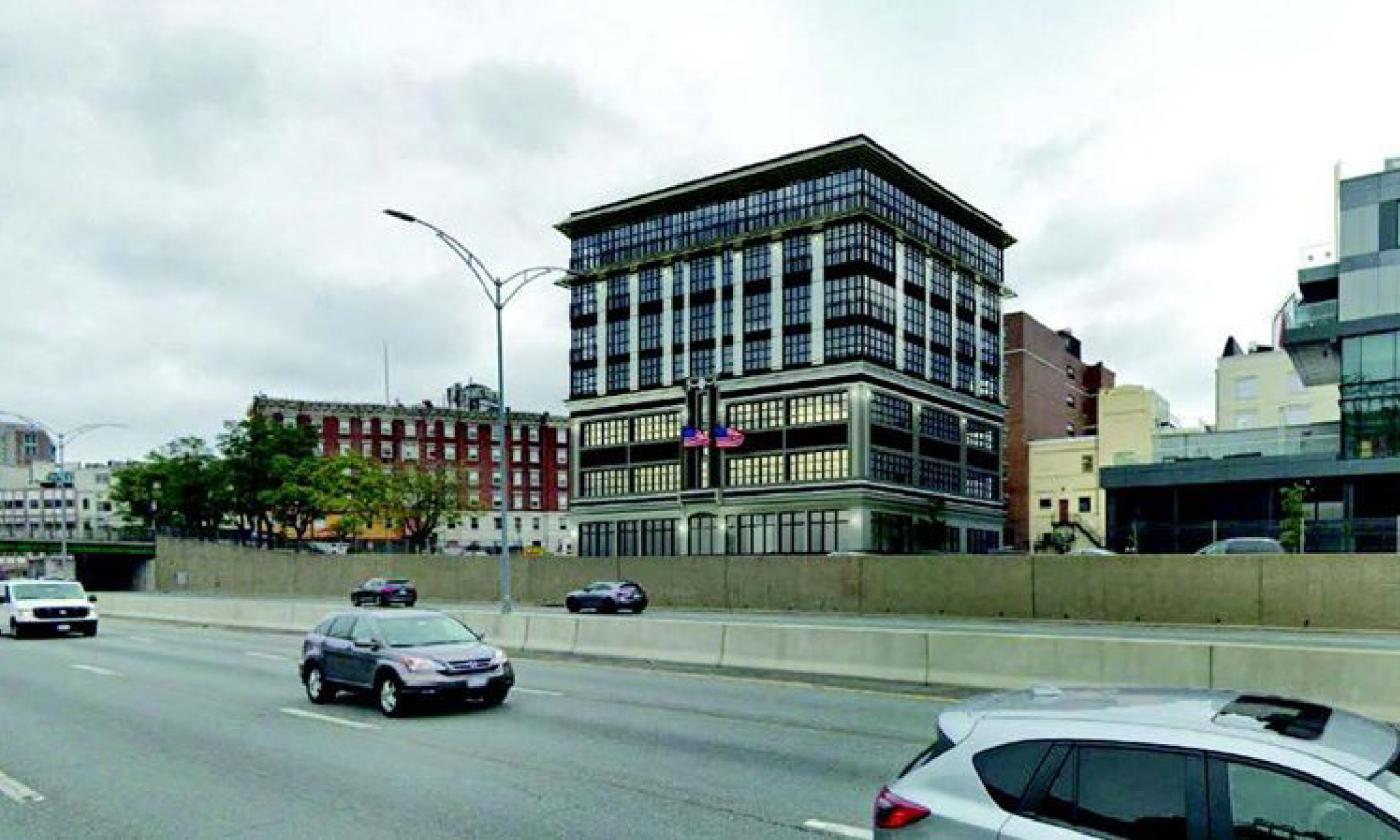 In the Fenway neighborhood, the 601 Newbury St. project will include 71 housing units, nine Inclusionary Development Policy units and contributions to the BPDA’s IDP Fund. The development will add four additional stories to an existing three-story building, creating 71 compact-living units with 50 studios and 21 one-bedroom apartments. It will also include shared spaces including a fitness room/gym, dining room with kitchenette, a workspace/meeting room, a theater/media room and an exterior landscaped area and patio. Like the other two projects, it is transit-oriented and close to several transportation options. Along with sidewalk improvements and 86 bike parking spaces, residents will also receive a free three-month MBTA pass.

Hyde Park’s 555 Metropolitan Ave. project will turn an existing parking lot into a 21-unit condominium building with 18 units available at market rate and three deemed income-restricted. The building will be a mix of two- and three-bedroom units and will include onsite bike and car parking. The developer will also contribute $29,663 for nearby street improvements and create a pedestrian pathway connecting Metropolitan Avenue to Hyde Park Avenue.

The 69 Bailey St. project will bring compact living to Dorchester. The former VFW one-story building on the site will be replaced with a new three-story building with 21 rental units, three of which will be income-restricted. The development will also include parking for eight vehicles and 21 bicycles. Additionally, the developer will offer residents 50% subsidized transit, two car-share spaces and on-site bicycle repair. They will also contribute $5,775 to Boston’s Bluebikes program and $18,550 for either green-space initiative funding or nearby street improvements.

The former Our Lady of Victories Church in Boston’s South End will soon bring new residential housing to the area.

The 25 Isabella St. project, approved by the Boston Planning & Development Agency on June 10, will revitalize the vacant church and convert it into a condominium development. The project will preserve the architecture of the existing church, which was built in the late 1800s and bring additions to the existing structure.

Once complete, the Bay Village project will include 18 residential units, two of which will be income-restricted. The units will be a mix of one-, two- and three-bedroom condominiums. The development will also include 21 garaged parking spots, a bike room, sidewalk improvements, landscaping and open space.

The project is within walking distance to downtown Boston, Boylston Street, Back Bay Station and the Boston Common, as well as close to several MBTA stations.

The development will contribute $129,200 to the city’s Inclusionary Development Policy fund, and the developer committed $15,000 in funding to the Boston Parks and Recreation Department for the management and beautification of the Bay Village Neighborhood Park.