Homeownership is a foundational part of the American Dream. As we look back on more than a year of sheltering in our downtown Boston condos and Beacon Hill apartments, having a place of our own is more important than ever. While financial benefits are always a key aspect of homeownership, today, homeowners rank the nonfinancial and personal benefits with even higher value.

Recently, two national surveys revealed the reasons homeownership is such an important part of life. The top three personal benefits of homeownership noted by respondents in Unison’s 2021 report on The State of the American Homeowner are:

These sentiments were supported by the most recent National Housing Survey from Fannie Mae, which also shows that the top three reasons Americans value homeownership have nothing to do with money. Those surveyed were given a list of feelings and accomplishments that are associated with or impacted by where we live. They were then asked, “To achieve this, are you better off owning or better off renting?” Here are the top three points from the list that respondents said homeownership could help them achieve:

Other nonfinancial advantages of homeownership revealed by the survey include feeling engaged in a community, having flexibility in future decisions, and experiencing less stress.

Financial and nonfinancial benefits are a key component to the value of homeownership, but the nonfinancial side is most valued after a year full of pandemic-driven challenges. Let’s connect today if you’re ready to take the first steps toward becoming a homeowner.

More than ever, our Boston residential homes have become an integral part of our lives. Today they are much more than the houses we live in. They’re evolving into our workplaces, schools for our children, and safe havens that provide shelter, stability, and protection for our families through the evolving health crisis. Today, 65.3% of Americans are able to call their homes their own, a rate that has risen to its highest point in 8 years.

June is National Homeownership Month, and it’s a great time to reflect on the benefits of owning your own home. Below are some highlights and quotes recently shared by the National Association of Realtors (NAR). From non-financial to financial, and even including how owning a home benefits your local economy, these items may give you reason to think homeownership stretches well beyond a sound dollars and cents investment alone.

Owning a home brings families a sense of happiness, satisfaction, and pride.

Buying a home is also an investment in your family’s financial future.

Homeownership is even a local economic driver.

The benefits of homeownership are vast and go well beyond the surface level. Homeownership is truly a way to build financial freedom, find greater satisfaction and happiness, and make a substantial impact on your local economy. If owning a home is part of your dream, let’s connect today so you can begin the homebuying process.

For centuries, people in this country have seen homeownership as part of the American Dream. Whether they were born here or immigrated from another country, they wanted to own a piece of America. With so many prominent societal changes over the last few decades, it is fair to ask if people in America still feel the same way about owning a home. The answer was made abundantly clear in two separate reports released earlier this month.

The Benefits of Owning a Boston Condo

Privacy – Creating real estate space that you can call your own.

Community – Being part of a Boston neighborhood

Stability – Having control of your future

In their market trends report, As Housing Trends Shift, So Does Renter, Buyer and Seller Sentiment, Trulia revealed that:

“After two years of no change, the share of Americans who say that homeownership is part of their personal “American Dream” ticked up from 72 percent to 73 percent of Americans.”

At the same time, the National Association of Realtors released its Aspiring Home Buyers Profile. As the report explained:

The belief among the vast majority of Bostonians, whether you rent or own, is that purchasing a Boston condo for sale still remains a major step toward accomplishing the American Dream. 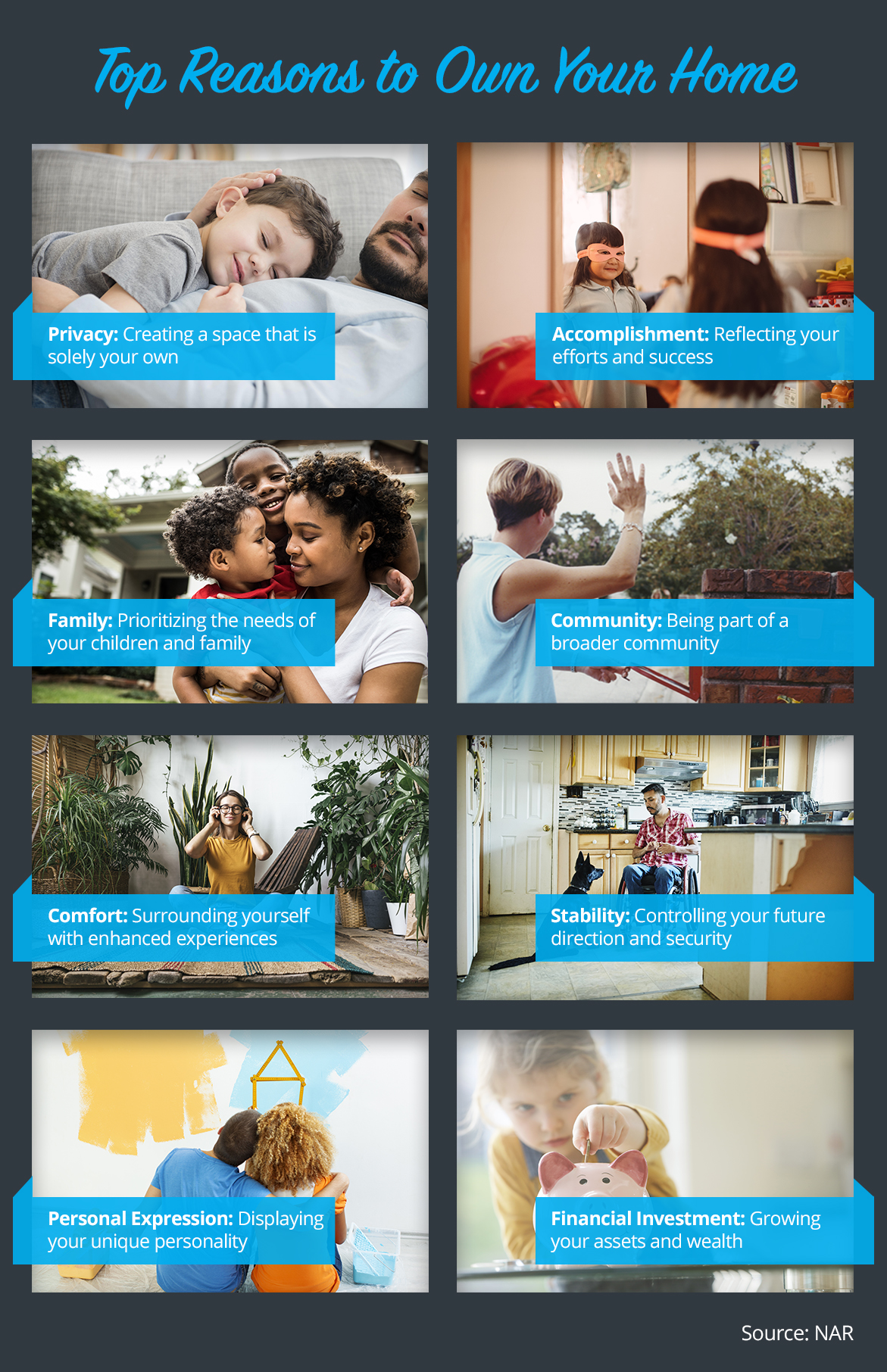