This Bud is for you: 99 Bottles of Beer on the wall … turns into a bidding war for this home

A modest condominium in Lake Worth, Florida, ended up in a bidding war after hitting the market in August. While the neighborhood and the property itself may have attracted some bidders, more people were likely lured in by its one-of-a-kind décor — and the promise of a lifetime supply of Budweiser.

Its owner, Michael Amelotte, spent 16 years covering the 815-square-foot condo with thousands of Budweiser cans before his death earlier this year. Potential buyers clearly appreciated his handiwork: The two-bedroom unit went into a contract above its $100,000 asking price earlier this month, according to the New York Post. 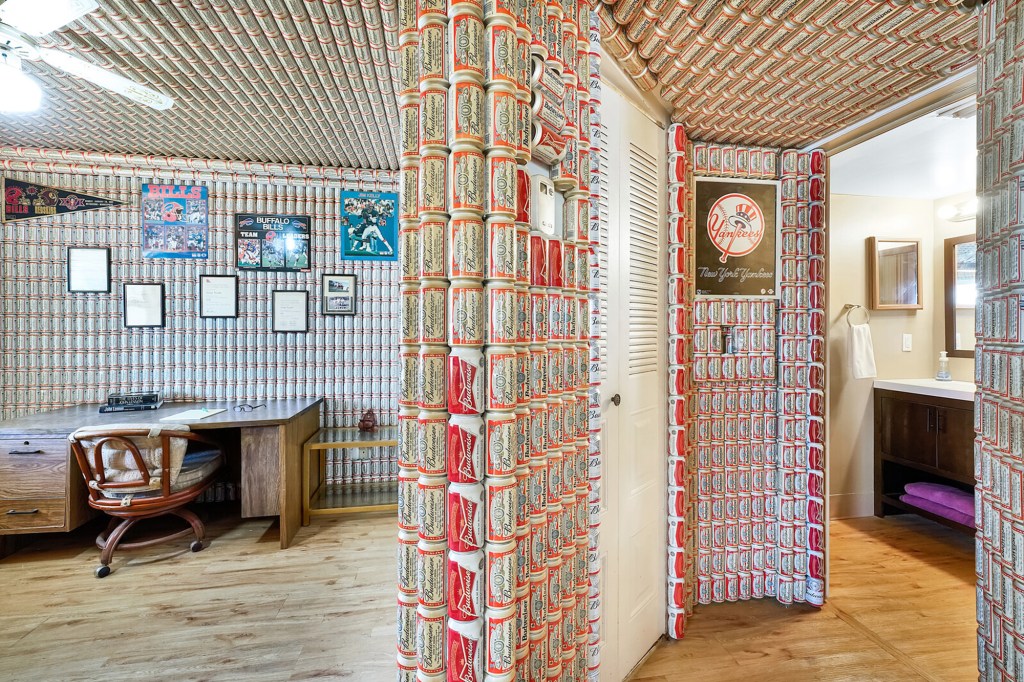 Budweiser’s parent company, Anheuser-Busch, caught wind of the listing and offered to perpetually stock the fridge with cold Bud, as long as the new owner doesn’t do away with the beery interior. (And if you’re wondering — the property’s real estate agent said it doesn’t smell like a barroom floor.)

Amelotte, who hailed from Buffalo, New York, bought the Lake Worth condo in 1986 and started affixing cans to the walls a few years later. No element in the home went unnoticed: He also covered crown molding, electrical outlets, and air-conditioner vents. He finished the entire interior by 2006.